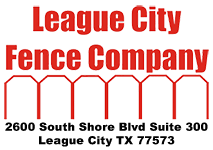 Owned by JR Gautreaux who aims to deliver a quality job at competitive prices while being honest and transparent about the job hired to perform.

He was a resident in League City, Texas for several years back in the early 90’s until moving to Pearland in the mid 2000’s. Then he moved to West Houston for 8 years until finally coming back to the Gulf Coast area in 2018 to settle in Manvel.

Over the years, he has watch the explosive growth of residential housing developments in League City and the surrounding Gulf Coast area. With the housing boom over the past decades, he decided to form a fence company that could offer services to the hundreds of thousands of people residing in the greater Bay Area.

So in 2020, JR partnered with a fence contractor who has over 15 years of fence construction experience. Using trained and skilled crews, League City Fence Company builds residential and commercial fences that not only look good, but will last.

Each job is completely measured and quoted. Once hired by the customer, Texas 811 is called to mark any utility lines to aid in fence replacement or new installation. The job is then scheduled and completed on the date agreed. Afterwards the customer gets a fence they can be proud of and the assurance of a job well done with a standard 1 year limited warranty. 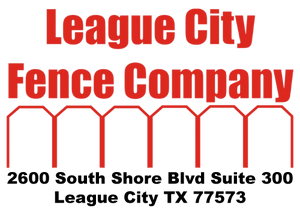 Also closed for most recognized holidays

Check Us Out At The BBB 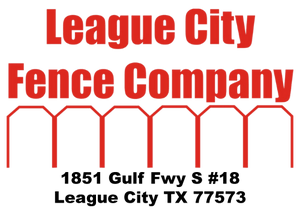 Touch To Call Us Now!